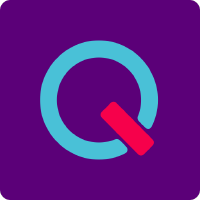 
Quiet is an alternative to team chat apps like Slack, Discord, and Element that does not require trusting a central server or running one’s own. In Quiet, all data syncs directly between a team’s devices over Tor with no server required.

NOTE: Quiet is not audited and should not be used when privacy and security are critical. It lacks basic features and probably won’t replace your Slack or Discord yet. That said, it works surprisingly well and we use it daily as a Slack replacement.

Quiet is for fans of software freedom, decentralization and privacy tech, and for anyone craving a future where humanity can collaborate effectively online without trusting our communities, networks, and data to giant corporations. 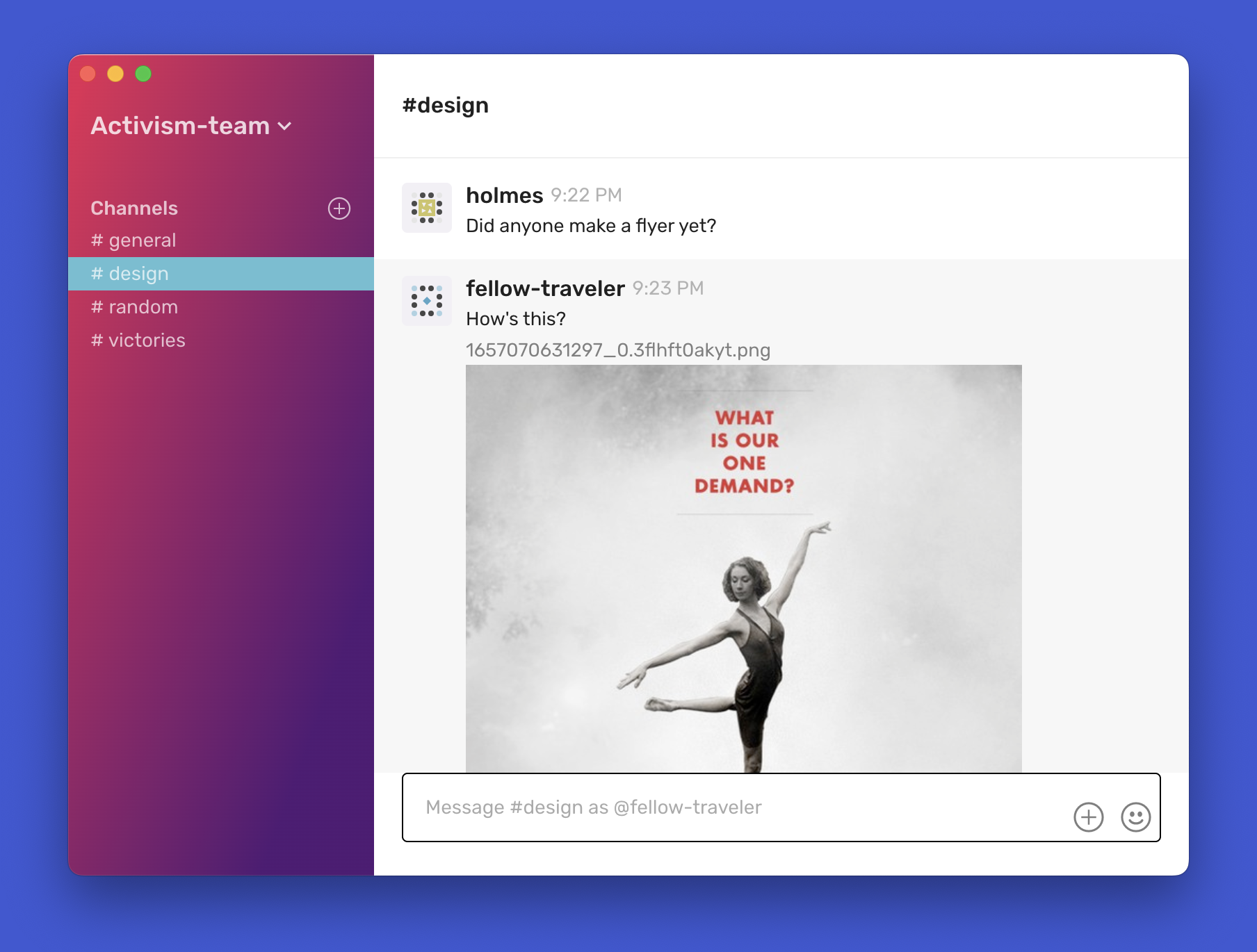 While apps like Slack, Discord, and Signal use central servers, Quiet syncs messages directly between a team’s devices, over Tor, with no server required.

Each group of people (Quiet calls them “communities”) gets their own insular network, so that data from one community never touches the devices of Quiet users in other communities. Not even in encrypted form!

Message syncing is taken care of by a project called OrbitDB, which works like a mashup of Git, a gossip protocol, and BitTorrent; it broadcasts new messages, syncs the latest messages, and fetches files. Syncing means that users typically receive all messages sent while they were offline.

Invites, access, and usernames are granted by a community owner, i.e. whoever creates the community. The owner hands out an “invitation code” which invitees use to connect to the owner’s device, register a username, and get a standard cryptographic certificate so they can prove to other peers they’re part of the community.

See our FAQ for answers to common questions and a comparison of Quiet with similar apps.

To try Quiet, download the latest release for your platform (.dmg for macOS, .exe for Windows, etc.) and install it in the normal way. Then create a community and open the community’s settings to invite members.

If you’d like to help develop Quiet, see Contributing to Quiet.

This is a concise technical summary of the main points.

We are building Quiet to sharpen the tools that open societies use to hold power accountable. Each year, movements use the Internet to hold power accountable in breathtaking new ways. But the rise of big tech has made the Internet itself seem like yet another unaccountable power. The medium that brought us Occupy Wall Street now looks like regular old Wall Street. We believe this happened because software became too dependent on company-run infrastructure, which undermined the role free software has historically played in holding the software industry accountable. Our goal is to fix that.

In the 2000s, when key dominant tech products had viable free software competitors that were radically pro-user (products like Firefox, BitTorrent, VLC, Handbrake, or Linux) there was a limit to how much big tech could abuse users before users fled.

But software for communication and collaboration seemed to require servers, whose cost grew with the software’s popularity, so the question “who runs the server?” became a dilemma for free software projects. Should the project itself run the server? What about when costs grew too high? Should users run the server? But only a small niche of hobbyists have servers! Should an organization run the server? If so, then that organization now controls the data and relationships that make the product useful, limiting the freedom to fork and flee that makes free software so accountable and desirable. Reddit, for example, was once free software, but because forking Reddit’s code would never have resulted in anything more than an empty website (since all the conversations and relationships that make Reddit what it is sit on company-run servers) Reddit being free software never gave Reddit’s users any real power to hold it accountable.

Federation is a proposed solution to this dilemma, but Gmail shows its limits. After all, email is the most well-known federated product, but Google can still build must-have features like spam filtering on the server side, and Gmail controls a user’s email address, so exiting Gmail means updating dozens or hundreds of accounts created with that address. Exiting Gmail might be easier than exiting Facebook or Instagram, but no Gmail competitor can make exiting Gmail as easy and delightful an experience as Firefox made exiting Internet Explorer, because Gmail controls infrastructure, where Internet Explorer never did. So while federation does help, we must do better if we want to hold big tech accountable.

Regulation is an even weaker proposed solution. Even when regulation works—and a quick look at the media, telecom, energy, or banking industries will illustrate its limits—regulation tends to create a cozy relationship between industry and regulators that makes industries easy targets for government subversion. For example, the highly-regulated telecom industry bends over backwards every time governments want help carrying out unpopular mass surveillance. Is this what we want from big tech?

We’re building Quiet because we believe that, for a broad and growing class of software, the best answer to the “who runs the server?” dilemma is “no one.” Eliminate the server; in terms of accountability, it is a burden and a weakness. By eliminating servers from software’s attack surface, software can be more private and secure. By eliminating exponentially growing server costs and the expertise-intensive work of scaling servers, software can be built by smaller teams under less financial pressure to betray users. Most importantly, by eliminating the server operator’s control of relationships and data, users will be free to fork and exit, so they will once again have real power to hold software accountable.

We’re building Quiet to spark a new phase of the free software movement where it is easy and normal to build apps this way. We want to make a private alternative to Slack & Discord that people love, to figure out the best and easiest technical approach along the way, and—by doing all this—to blaze a trail that other free software teams building other products can follow. Once one team (us, we hope!) can build a good alternative to Slack that doesn’t use servers, other teams can build alternatives to Google Docs, Figma, Asana, Trello, 1Password, and so on, until someday—and this is technically much more difficult—humanity can build fully-forkable alternatives to things like Facebook, Twitter, Instagram, or even more complex applications. Big tech’s users will be free to flee, and the Internet can stop being yet another unaccountable power, and keep being the breathtaking medium for holding power accountable that open societies need.

Join us, and let’s figure this out.

To get started hacking on Quiet, follow the instructions for Quiet Desktop or Quiet Mobile. (If you’re new to the project, start with Quiet Desktop, as it’s more stable and vastly easier to start hacking on.)

Desktop and mobile versions share a common Node.js backend and React state manager, with Tor binaries for each platform and architecture, using Electron and React Native and for their respective frontends.

We use a Github project to prioritize issues.